Dara O Boyle ‘When the struggle is Real’ 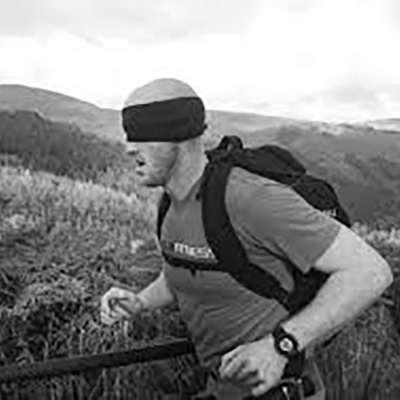 I first met Dara in 2013 when he contacted me to teach at his facility. Dara is without doubt one of the most enthusiastic people I know. He is extremely passionate about the work he is involved in and he definitely practices what he preaches. In 2016 he set himself a massive goal to run blindfolded from Djouce Mountain in Co.Wicklow to Lugnaquilla Mountain, a total of 55km.

I really enjoyed this chat I had with him and we got stuck into a number of fascinating topics.

In this episode Dara and I chat about;

-His priorities for his business, his reasons driving him and his sense of purpose.

-His experience in Australia and being mentored by top coaches there.

-Coaching and what makes a coach of value.

-His love of the outdoors

-The challenge he set for himself to run blindfold across the Wicklow hills, the moment of self belief he felt in that experience.

-Surrendering to our experiences

-The importance of the breath

-The value of adversity and struggle in our lives.

-Tuning in, self development and the role of introspection in coaching or teaching

-Practices that Dara uses to ground or re-set.

Dara’s reflections on the event:

‘I went on to spend 9hrs 28mins without eyesight and ran a distance of 55km’s from the 2 highest mountain summits in Leinster….Oct 23rd 2016 @5.59am on a cold & wet Djouce Mt, I took a deep breath & pulled the blindfold down over my eyes. The last question Mark (my guide) asked before doing so was ” Dara, Are you sure you’re ready to do this?”

It was at this point, for the first time in my life – I felt the full force of Self Belief. I still struggle to describe how it felt but if you can imagine a moment where doubt, fear & failure simply didn’t exist in your psyche, there was literally NO OTHER outcome imaginable in my consciousness then the fact that I was whole heartedly going to complete the challenge I had set. I honestly wish I could somehow allow others to experience the power of the moment, I felt like I had tapped in to a whole new level of my mind.

The first 20-30mins were a lil unsettled but we soon found our stride & with the addition of Nicola Clearly and @JuJu Jay we began to settle in to a comfortable stride.

Roll on about 2ish hours later and we reached Checkpoint #1 at the Glendalough Hotel ahead of time! I was feeling great both mentally & physically & ready to begin to push on as I knew the next leg was going to be a lot tougher! Not many will know, but this was very nearly the end of the whole run. Unfortunately Mark had tweeked an old injury ( which we were always a lil cautious about in training) and it was decided he could’nt continue to be my lead runner. It hit me quite hard tbh as it was a years worth of prep *potentially* gone to waste. I held back emotions and began to process the idea of having to stop.

It was at this point Nicola stepped in and offered to be my lead for the remainder of the Run while JuJu continued to act as my runner from the back /side. Now to put this in to context – I had never actually met Nicola. We had never ran together & I knew nothing of her ability. I was about to put my body, literally, in the hands of a complete stranger whom I would rely on their every single word to lead me through the next 5+ hours of wild mountainous trail to the Summit of Lugnaquilla. One wrong cue or missed step & the reality of serious injury was very real.

I had no other option but to lay my whole trust in Nicola from that very 1st step outside the Glendalough Hotel. She was just incredible. I am forever in her debt & I still find it hard to express my gratitude for what she did for me that day.

Roll on about 90mins later and things began to switch for me, mentally speaking. I began to find myself unable to keep my mind focused and some pretty f*x@ed up things came in to my head. I found myself getting quite agitated & in a way, angry. A lot of the time spent running that day – I was silent & I was happy in being so, I had trained myself over the previous months to give my energy to controlling my breath & rhythm and ignore everything else, however, I was finding myself wanting to voice my opinions on some of the topics Deirdre O’Riordan @Nicola & @JuJu were chatting about! Probably a good thing that I did’nt!Thankfully this stage passed …only to be replaced by physical fatigue.

This was a wall that lasted what felt like hours, no matter how hard I tried to refocus my thoughts, the feeling of fatigue seemed to always win. So I decided to just explore this instead which led me down a new pathway with my thoughts – delving in to concepts & theories re: physiology & perceived limiters within performance ( This ended up being hugely interesting …. to me!?)

The next big moment was the final checkpoint before heading up to summit Lugnaquilla. We stopped at a small clearing in Glenmalure Valley. Mark, Derek and my Dad had been waiting for us with quick snacks. I was approx 7hours in by this stage & things were taking their toll. Things were beginning to hurt. I wanted the pace to be faster but knew we couldn’t. It was frustrating & I found myself becoming emotional. I’m not sure if I spoke for the 15minutes as we downed the sugar filled snacks, mainly because I was fighting the emotional side of things!

We quickly got back on the trail and headed for Lugnaquilla. Those that know Lug will know the steep Zig-Zag up from its base at the cottage – it was at this point I started to really lose the concept of the reality of what was going on around me. The route up was boggy and we must have fell / slipped every 100m. Progress was slow & frustrating.

The weather then became pretty horrific which turned the peaty ground to sludge. My mind was beginning to create a different reality – I distinctly remember FULLY believing I was running through a housing estate at one stage, another time, after JuJu mentioned something about a ridge face – my mind fully convinced itself there was a MASSIVE cliff face just off to my right hand side ( if you know Lugnaquilla, you’ll know there isnt!)

Time became irrelevant at this point, I was switching from my own perceived ‘reality’ and ACTUAL reality. It was slow & arduous. JuJu then gave a timeframe for us to reach the summit. This helped hugely in redirecting my thoughts. I broke the timeframe down in my head, gave myself mini targets. I think by this stage I was on autopilot from a physical POV. Time passed and at 3.28pm on Oct 23rd I touched the prism on the Summit of Lug.

The training for this challenge evolved my mental fortitude to a whole new, deeper level; a level I did’nt expect to reach. I reached a deeper level of awareness with my body / system. A skillset that has & will form a new cornerstone to my mental fitness & strength of mind.

A huge amount of people laughed when I originally told them about what I was about to attempt. They put their perceived limitations on me and in many cases told me “sure thats impossible” or ” you’re going to end up getting hurt”.There were also those who I knew would like to see me fail. 12months later the belief gained from this challenge has led me to succeed in quite a lot of other ‘tests’ – whether that be with physical endeavours, mental challenges or business development.’